The Galway Hooker is renowned  for its beauty and resilence.

According to Hardimans History this craft developed after 1790 from smaller craft.

Until the mid 19th Century the Claddagh in Galway was the main boat building centre for the region.  Boatwrights earned three shillings a day and were entitled to three glasses of whiskey for their labour. By 1836 around 820 fishermen operated from the Claddagh with a fleet of 105 sailing boats and 80 rowing boats.  Fishermen themselves constructed the rigging and sailmaking. Connemara fishermen bought their hookers from the Claddagh until they began to make their own at Mweenish Island.

There are different types of hooker – The Bád Mór or big boat is over thirty five foot and can carry a load of up to fifteen tons. The Leathbhád is slightly over thirty feet long. The gleoiteog and pucán smaller version again, rigged like a hooker with an open or short foredeck. 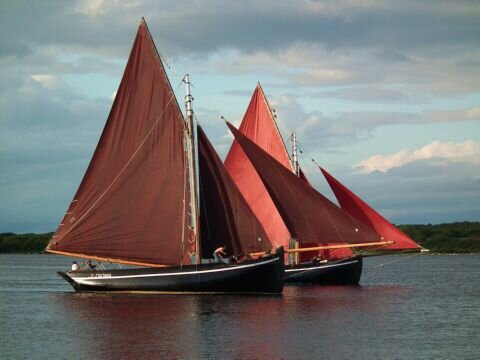 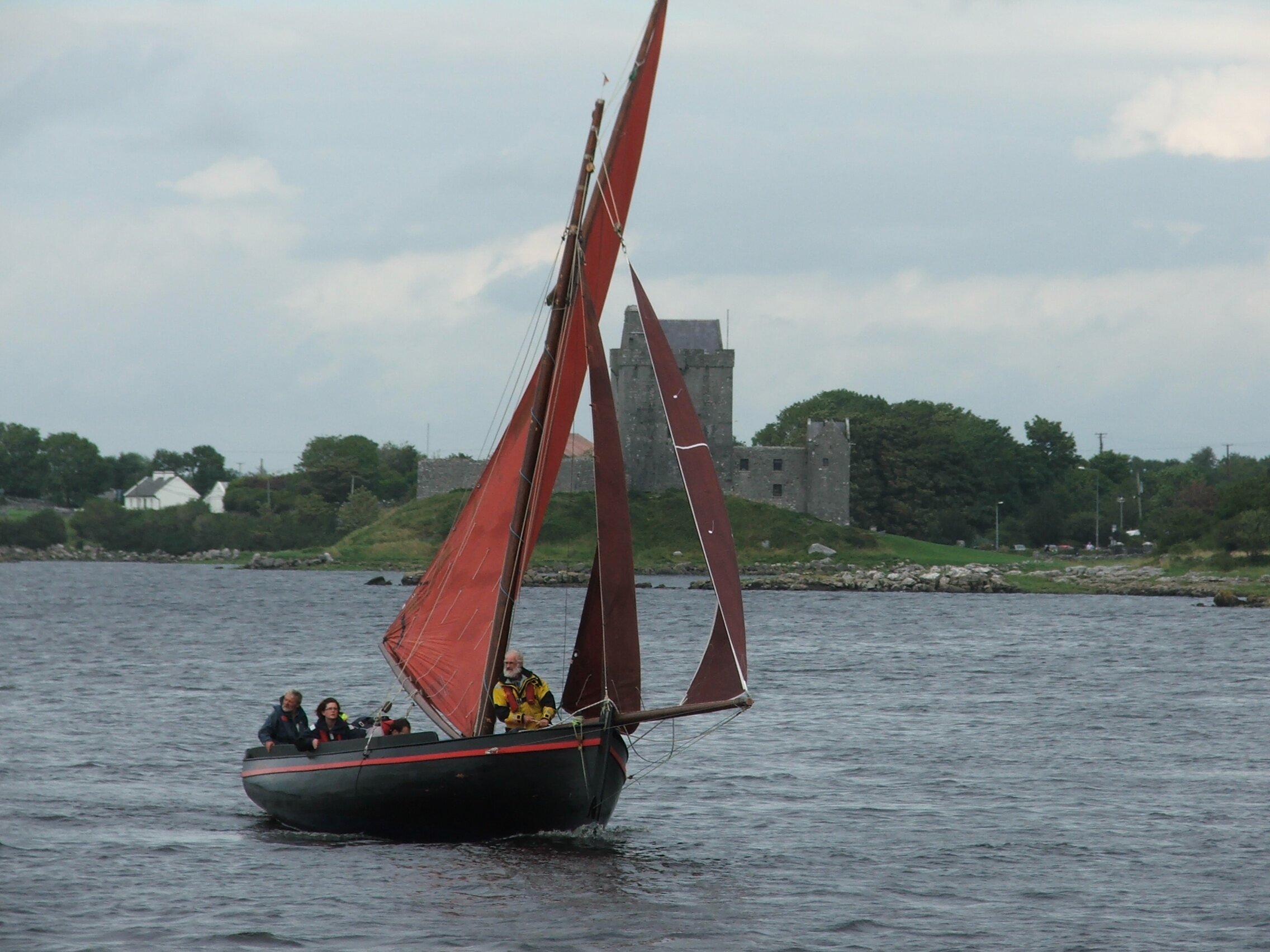 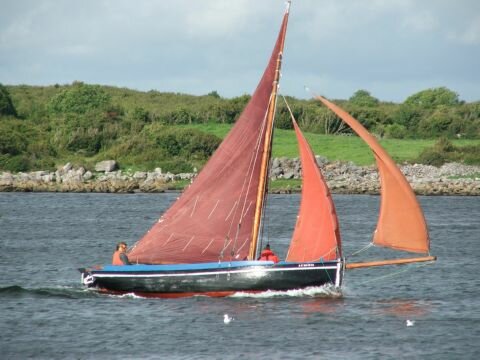 Despite lay offs in boat building yards around the country Irelands first Co-op Boatyard was opened in Kinvara in 1979. An Tonai, The Morning Star and The Lord were built in Kinvara as were many others.